This past weekend we saw Jesus!

What?
Your kidding, right?
No, not at all!

While we traveled this past month a friend from our sending fellowship Lakeland Vinyard, Connie Wilburn came up and spoke a word from God to me. It was the same word she spoke to me 20 years ago, she said, “Butch, you have the favor of the Lord and He will speak to you face to face like a friend”

I have heard this same word over and over once in Florida from the late John Paul Jackson and then again when we moved to Woodbridge when he came here, the same word twice, “you will speak to God face to face”

John Paul Jackson (whom I didn’t  know personally) saw my son Joshua praying for me at the alter and came over and said, “God has spoken to you, and He is sending you to a large city and you will see thousands upon thousands of people come to Jesus”. That was 20 years ago this month. John Paul Jackson died recently and God reminded me of the two words from God, “Face to face” and “thousands and thousands coming to Jesus”.

Prophetic people are different than most people, they really don’t care what you think or how quickly “a word” comes to pass or will be fulfilled, their all about delivery.

With a vision comes “Death of a vision”. This is the long period of time between the initial vision and it’s fulfillment.
Moses spent 40 years in the wilderness, King David ran from Saul for years hiding and living in caves before he became king.

In The Old Testament man was the star of the show: prophet, priest and king. The New Testament while we hear the voice of God we are as scripture says a Kingdom of Priests and Jesus is to be lifted up not a man.

So what do you do when you hear or recieve a word from God. Know this God has called a people not just a man.
Our leaders are servants submitted to Jesus.
That being said, we are seeing Jesus move and people come to Jesus. Last year Rumble Ministries and the people we work with saw 20 people come to Jesus. This past weekend we saw our first 2 salvations. They were different though. God began to give me a word of wisdom and word of knowledge as we spoke to this couple and they both came to Jesus in a dramatic way, as God read their mail! I spoke a very specific word to the husband, that he had been praying and asking God if He was for the last 5 days and if so he needed a sign. He said, “Did my wife send you here?” I said, “NO, Jesus did to tell you He loves you and He is real”
He said, “5 days ago I was arrested and I just got out, I have been asking God to show me he is real!”
I said, ” Do you want to live the rest of your life for Jesus?”
He said, “Yes, I need this more than you could ever know”
His name was Brian and he recieved Jesus!
His wife came up after that and after convincing Brian she didn’t know me or had she told me anything, his wife gave her life to Jesus!

I was praying for 100 salvations last year we saw 20. This year is different I feel compelled to pray for thousands of salvations this year. There is a shift and a wave coming in the Spirit, God is on the move! Stay tuned as God is the going to show Himself real in 2015!

If you are listening, do what he says and hang on for the ride of your life!
Just sayin…

View all posts by Jay Chevalier → 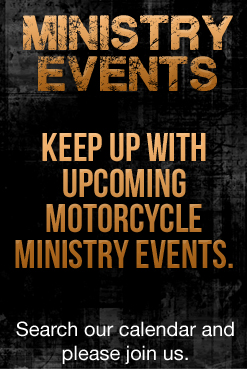